A good man is gone. 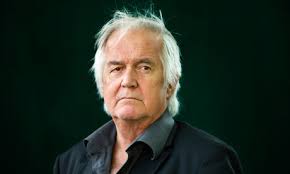 I had the good fortune to meet Henning Mankel on several occasions some half-a-dozen or more years ago, when I was in Sweden with a crew from BBC Scotland, fronting a documentary on Mankel’s work as a crime novelist for BBC4. The programme title (it was to be shown in tandem with the adaptations then being filmed with Kenneth Branagh) was Who is Kurt Wallander?, though, of course, it should have been, more properly, Who is Henning Mankel?

We met first in Stockholm, at a conference that Mankel had largely funded, dedicated to the subject of child literacy – one of his major concerns.

… to teach every child in the world to read and write would cost no more than we in the west spend on dog food.

The second, and longer meeting, was at his home in Gothenburg; the last in Ystad, fictional home of his police detective hero, the aforementioned…

Hello there, You've found your way after visiting all sorts of websites on what we call the internet. Congratulations! While I do not know what brings you here but I hope you find it here or get closer to finding it. I prefer being called J and I like doing a lot of things which means I am not really great at anything. Trying to work on it but the mind is a funny thing. Please feel free to tell me what brings you here. Leave me a note. Also, you will find photographs, stories, and a bit of poetry on this blog. Have a good time! - J https://rehmanjafar.com/ View all posts by rehmanjafar

Search here or see in calendar and categories below

Follow Thoughts of a Crooked Mind on WordPress.com
Join 1,767 other followers

Life and books and poetry